Numerous peer reviewed articles were written about Carmel Diagnostic’s proprietary ThermoChemiLuminescence  (TCL) technology. These related to its clinical validation, and potential applications. Some studies were published in leading peer-reviewed journals. See the list of publications below. For a full copy, please contact us directly. 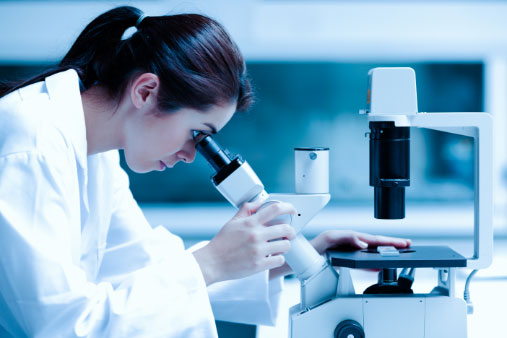 OBJECTIVE:
To examine whether the oxidative status of an individual embryo before transfer may predict chances of implantation.

SETTING:
An IVF unit in a university-affiliated hospital.

INTERVENTION(S):
Before ET, 10 μL of embryo culture medium was retrieved individually from each embryo and the oxidative status assessed by the thermochemiluminescence (TCL) analyzer.

MAIN OUTCOME MEASURE(S):
The occurrence of pregnancy. Two parameters were recorded: the TCL amplitude after 50 seconds (H1) and the TCL ratio. These were compared with demographic, clinical, and laboratory parameters and treatment outcome. All data underwent statistical analysis.

RESULT(S):
Altogether 284 embryos were transferred in 133 ET cycles. Forty-one pregnancies occurred (31%). For embryos transferred after 72 hours (77 transfers), the highest H1 levels in each group of transferred embryos correlated with the occurrence of pregnancy. The combination of maximal intracohort H1 level <210 counts per second with a TCL ratio of ≤ 80% had a positive predictive value of 70.6% for the occurrence of pregnancy.

CONCLUSION(S):
The oxidative status of the early embryo in IVF is associated with the chances of implantation. Assessment of the oxidative status of embryos in culture media before transfer may serve as an applicable tool for improving embryo selection in light of the legal limitations of the number of transferred embryos allowed.

SETTING:
I.v.f. Unit of an Obstetrics and Gynecology Department in a university-affiliated hospital.

INTERVENTION(S):
After oocyte retrieval, pooled FF was centrifuged and the supernatant was tested in the TCL assay.

RESULT(S):
The TCL curve slope of FF positively correlated with maximal serum E2 levels, number of mature oocytes, and number of cleaved embryos and was inversely correlated with the women’s ages and the number of gonadotropin ampoules. Follicular fluid TCL amplitude at 50 seconds ranged from 294 to 711 cps, but all pregnancies (n = 50; 28.1%) occurred within the range of 347-569 cps. With 385 and 569 cps as cutoff levels for the occurrence of pregnancy, the negative predictive value beyond this range was 96% and the positive predictive value within this range was 32%.

CONCLUSION(S):
The TCL results may reflect the age-related increase in free radical activity and is associated with parameters of ovarian responsiveness and IVF outcome. A certain threshold of oxidative stress may be required for the occurrence of conception in i.v.f. TCL is a potential tool to evaluate, treat, and monitor antioxidant therapy in i.v.f. treatments.

Oxidative stress indices in seminal plasma, as measured by the thermochemiluminescence assay, correlate with sperm parameters.

OBJECTIVE:
To examine the effect of oxidation of proteins and lipids, as measured by a novel thermochemiluminescence (TCL) analyzer, and to evaluate the correlation between TCL indices in seminal plasma and sperm parameters.

RESULT(S):
Oxidation of BSA and linolenic acid was marked by characteristic changes in their TCL curve pattern and an increase in the levels of protein carbonyls and conjugated dienes. Among 125 sperm-containing semen samples, the TCL curve exhibited two patterns: a positive relative ratio curve (group A, 87 patients) and a negative relative ratio curve (group B, 38 patients). Sperm concentration was lower and total motile sperm and rapid motile sperm were fewer in group B. A significant correlation was found between TCL indices, conjugated dienes, and sperm quality in group B.

CONCLUSION(S):
Oxidation affects TCL curve pattern of proteins and lipids in a characteristic manner. Thermochemiluminescence indices in seminal plasma closely correlate with sperm characteristics among patients with sperm disturbances, and it might serve as a tool in the evaluation, treatment, and monitoring of subfertile men.

Modifications and oxidation of lipids and proteins in human serum detected by thermochemiluminescence (Reznick et. al.)

ABSTRACT: Detection of electronically excited species (EES) in body fluids may constitute an important diagnostic tool in various pathologies. Examples of such products are triplet excited carbonyls (TEC), which can be a source for photon emission in the 400– 550 nm range. The aim of the present study was to determine the actual contribution of lipid and protein components (protein carbonyls) to photon emission generated by thermochemiluminescence (TCL) during the heating of biological fluids. In this study, a new TCL Photometer device, designed by Lumitest Ltd, Israel, was used. Samples were heated to a constant temperature of 80 _ 0.5C for 280 s and photon emission was measured at several time points. In order to compare the results of TCL measurements to conventional methods of detecting lipid and protein oxidation, each examined sample was also heated in a waterbath at 80C for 10–280 s. Lipid and protein oxidation were subsequently measured using conventional methods. The TCL of four polyunsaturated
fatty acids (PUFA) with three to six double bonds was measured. The elevation of the PUFA TCL amplitude correlated with the increase in the number of double bonds of PUFA. A correlation between the increase in TCL intensity and protein carbonyl generation in bovine serum albumin (BSA) was also observed. In the venous blood serum, our study showed that an increase of TCL intensity during heating reflected the cleavage of TEC of lipid origin. Our study suggests that biological molecules such as proteins, lipids and other molecules, which may become unstable during heating, are capable of generating EES. We demonstrated that a TCL curve can be used as a kinetic model for measuring oxidative processes, which reflects modifications of different molecules involved in the oxidative stress phenomena. Copyright _ 2003 John Wiley & Sons, Ltd.


Get in touch
We use cookies to ensure that we give you the best experience on our website. If you continue to use this site we will assume that you are happy with it.OkPrivacy policy